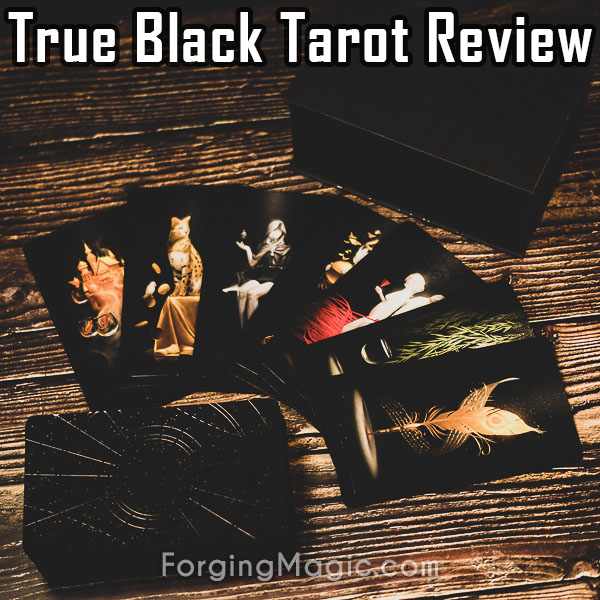 Over the years I have collected many tarot decks. Some of them surprise me in the way I have connect with the cards, and with the True Black Tarot Deck this is definitely the case. It is an absolutely stunning deck that speaks to me on so many levels. After using this deck for over a year I decided it was time to provide a review of the True Black Tarot Deck by Arthur Wang.

When it comes to Tarot Decks I admit I am a bit of a collector. For me it is about not only the metaphysical insights but the different sensory experiences of the decks, plus the gorgeous art work.

I am a sucker for a gorgeous deck of art based tarot.

And with the True Black Tarot deck I got one of the most unique and special decks I have ever owned.

Sometimes when I get a new deck there is this timeframe where I am enamoured with a deck but over time that passionate connection wanes. That hasn’t happened at all with True Black. In fact, over time it has become a companion in my practice and a trusted advisor. It is one deck I go to over and over again, especially when I am looking for guidance on shadow work.

It connects with me on so many levels: spiritually, psychologically, physically and mentally.

Yes mentally, this deck contains so many historical, scientific and cultural references, it makes my geeky witch heart sing!

So let’s talk about the True Black Tarot Deck.

History of the True Black Tarot

This deck has quite the history and story behind it. It is the creation of Arthur Wang who is a designer and illustrator.

Originally it was offered on Kickstarter where it faced so many delays and challenges before eventually being released and became available through the True Black Tarot website.

I ordered my deck directly from the artist at the True Black Tarot site. Since they are locally printed in small batches, sometimes you may need to wait for decks to become available. To ensure I got my deck, I simply joined their newsletter list and was notified when new decks became available. Through the newsletter list you can also hear about a new deck they will be releasing later this year!

The True Black Tarot comes in a sturdy matte black paperboard box with black foil embossing depicting the stars and cosmos. From the moment you see the box with the starmap, there is a sense of our interconnectedness with something greater.

The box is beautifully crafted and feels sturdy and solid. Even after a year it still looks brand new and has held up beautifully. It has an amazing invisible magnetic closure that is built into the lid to help make sure your deck stays safe and secure inside, even when carrying it around.

This deck comes with a compact booklet that has just two pages about each Major Arcana, and only one page about each Minor Arcana.

It is brief, to the point, and provides just enough information to help the reader really connect with the artwork and deeper meaning of the cards.

If you are a beginner to tarot and require spreads and greater detail on the standard meaning of the cards, you will need to reference other Tarot books. In this sense, this deck is best for readers with some knowledge and experience.

This is where my heart does a little leap. This deck… oh this deck! It is something amazing to hold and work with. I get so much pleasure from working with this deck. My connection with it is intense, and I feel it speaks to me on so many levels.

It is a standard RWS deck with 78 cards, 22 Major Arcana and 56 Minor Arcana in four suits: Pentacles, Cups, Swords and Wands. Plus it has one bonus Major Arcana which I will discuss in a moment.

Now, let’s talk about the materials. It is a standard tarot size deck of 2.75”x4.75” printed on 18pt stock which makes the cards about 50% thicker than normal tarot cards. This is where I run into my only issue with the deck. I am a very petite person with small hands, and I find it a little difficult to shuffle the whole deck due to how thick it is. It is not impossible, but definitely a bit of a challenge. Often I divide the deck and shuffle it in parts.

The edges of the deck are all hand painted by the creator and his wife and I love this special touch.

One of the most unique things I love about these cards is that they are incredibly soft, almost velvety, and have a scratch and splash resistant finish. After a year I can say that the cards have held up very well and are extremely durable. Even after cleansing my tarot deck many times with smoke, moonlight and even once a light spritzing with moon water, they still feel amazing!

The Black Tarot is a minimalist deck with a very simple colour scheme. All black cards with the art done in white, gold, bronze and some highlights of red, green and blue.

The deck for the most part depicts ambiguous gender fluid figures, with no specific culture represented. I find the humans depicted in the deck are very celestial. As if they have come from the gods and cosmos. Taking a form familiar, yet not, as they try to communicate their messages.

This other-worldly vibe is something I really enjoy. It adds to that feeling that this deck is connecting us with something so much greater.

One thing I appreciate with this deck is how consistent the feel is in the artwork across all the cards, both Major and Minor Arcana. The True Black Tarot stays true to its esthetics throughout, providing a consistent, comforting feel.

When I first started learning about this deck it was the “hidden” foil designs that really captured me. That connection between the metaphysical and science and history and culture, is something I never knew I was seeking in a tarot deck until I used True Black Tarot.

Each of the Major Arcana cards has this hidden artwork that is done in black foil on the black card, so you need to move it in the light to reveal the art.

This hidden art connects to themes of mythology, astronomy, physics, Earth Sciences, psychology and more. From Chaos theory to the constellations, Oxytocin to the decent path of the Apollo Lunar Module… the depth of meaning and connection is profound. Adding so much to the messages in the cards.

There is one big change in this deck from the standard RWS 22 Major Arcana cards. The Wheel of Fortune card has been renamed Destiny.

Destiny represents an unknowable, uncontrollable force that affects the mortal world. It is about the nature of things out of our control.

In addition to the standard 22 Major Arcana, there is a bonus card. The “Anant” card is unnumbered but ordered in the booklet as the last card in the Major Arcana. This card reminds us that the journey of the Fool is always ending where it began. The Anant is symbolized by a fetus wreathed in an ouroboros snake. The Anant calls us to remember that we are but small parts in the endless cycle of existence and experience.

A Connection to Blacksmithing

In addition to the incredible Black Foil Art hidden in the Major Arcana, the other thing that I truly love about this deck is the Swords suit. Most of the Swords cards depict a special blade from history. As blacksmiths, this connection to the incredible forge work done across cultures and ages, is something I really connected with and I enjoy the way it has been incorporated into this deck. The 8 of Pentacles is also a wonderful reference to blacksmiths. It is this attention to details that really sets this deck apart. It has been researched and developed in a way that is truly unique.

After a year with this deck, I can confidently say this is one deck I will always cherish deeply. It is one of the best quality decks I have ever had the pleasure of using. It is luxurious, providing a wonderful sensory experience. The artwork is been incredibly well researched and thought out, providing connections and meanings that go so much deeper than I have ever experienced working with a Rider Waite Smith deck. It has true, real depth and energy, with layer upon layer of meaning.

This is a very special tarot deck and one I highly recommend for those looking to connect in very profound ways with the messages from tarot. 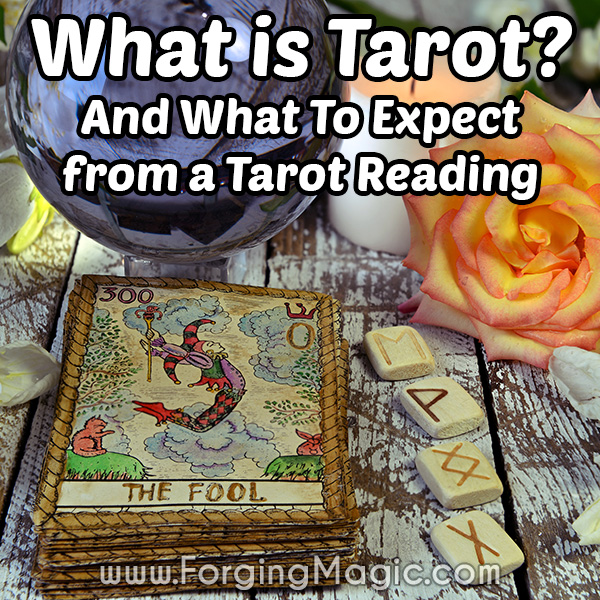 Along with other spiritual practices, Tarot has seen a surge in popularity. Learn all about Tarot and what to expect from a reading. 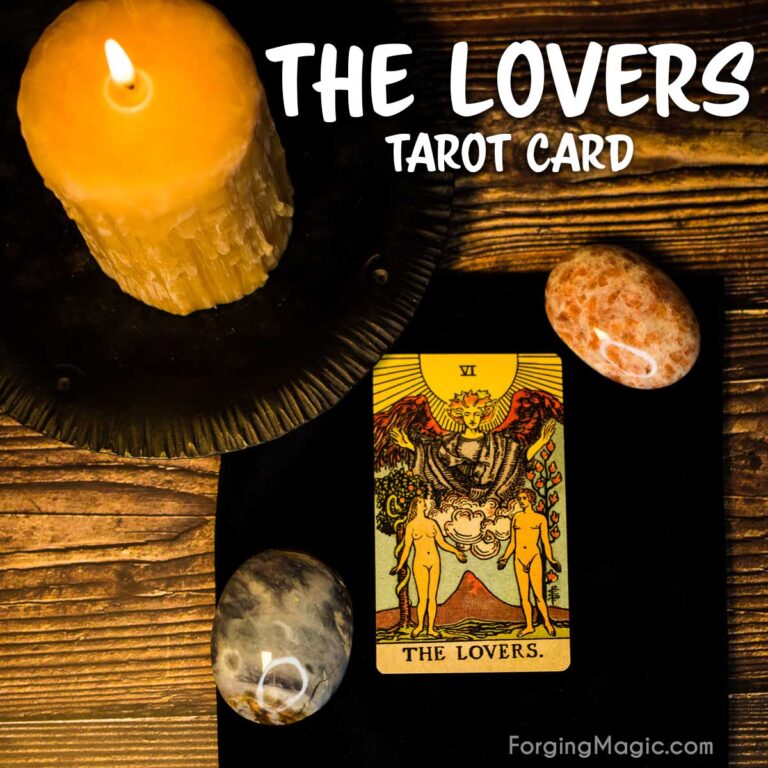 Love is in the air! Explore the Lovers Card, the imagery, readings, plus how to use the Lovers Tarot card in your daily practice. 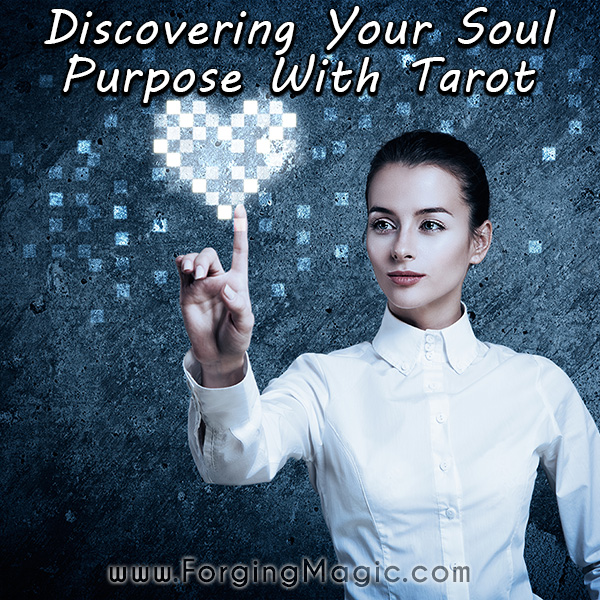 Discover the power of tarot to not only discover your Soul Purpose, but also help guide you on how to live your authentic Soul Purpose. 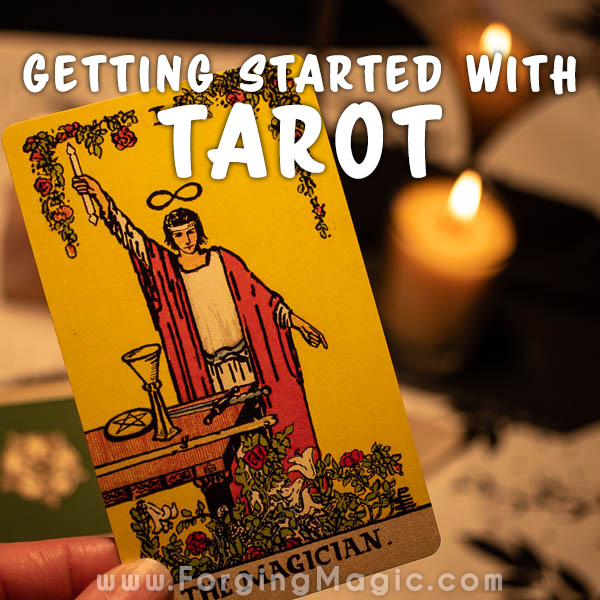 Learn how to read tarot for beginners. From picking a deck, to spreads, to setting the mood. Jenny explains all in her magical style. 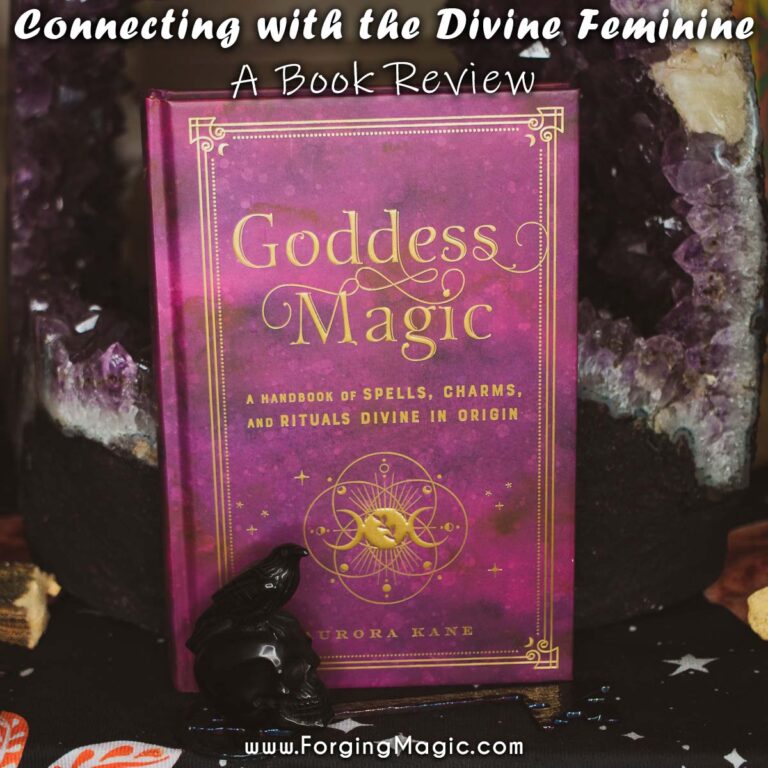 Learn more about how connecting with the wisdom and power of different goddesses can help you on your journey to discovering your best self. 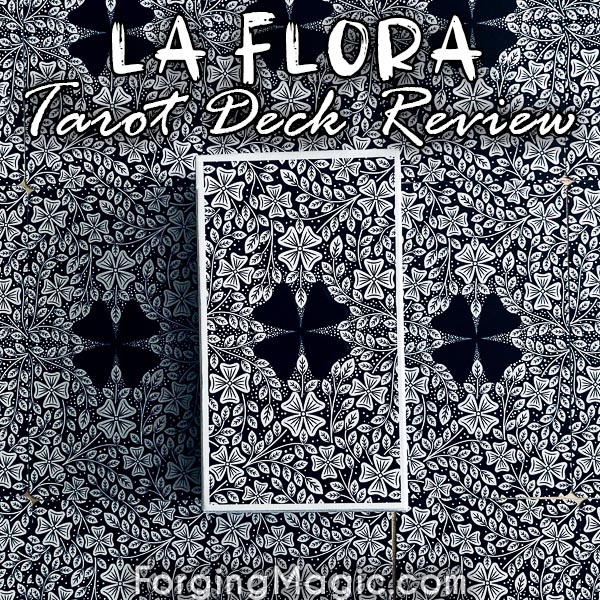 A Tarot Deck Review of La Flora Tarot. La Flora is a botanical tarot deck inspired by The Intelligence of Flowers, art, nature, and science.