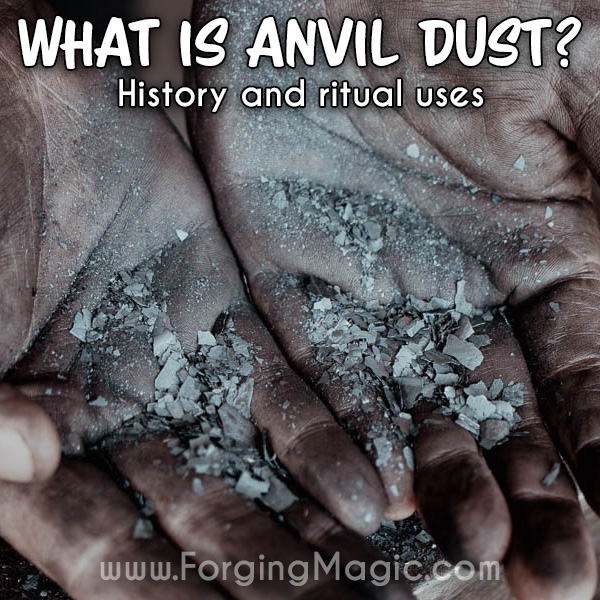 Blacksmiths have been an important staple in societies around the world going back thousands of years. They were seen as powerful figures and held leadership roles in society. Over time their influence and power was believed to be infused into their creations. What was done in the forge was seen as magical and divinely inspired. Even the remnants of their work, the debris that fell on the anvil, came be to be cherished as a powerful substance. Learn more about the history and modern magical uses of anvil dust.

Disclaimer: This article may contain commission or affiliate links. As an Amazon Associate I earn from qualifying purchases.

What is Anvil Dust?

Anvil Dust is created during the blacksmith’s forging process. Essentially, it is the iron flakes and scale that fall from the metal as the smith hammers. It falls on and around the anvil, hence the term Anvil Dust.

Although most popularly known as Anvil Dust, it has also been called Blacksmith Dirt.

In a normal forge, the anvil dust is often contaminated by other materials in the shop. It can also contain large variety of sizes, from large flakes to fine dust. If you are procuring anvil dust of for your ritual work, ensure you are getting clean dust, or clean it yourself.

Blacksmith dirt is magnetic. Just imagine how people would have viewed magnetic properties in predominately illiterate societies. It would truly appear as if the blacksmith was creating magic and manipulating the energies and forces of our universe.

Essentially anvil dust is blacksmith made dirt. So why is it valued and how does one use it for magical purposes?

Before we explore some modern magical uses for anvil dust, let’s look at some history about why this is seen as such a powerful item.

A History of Anvil Dust

Part of the magic and power of anvil dust comes from the history of the blacksmith as a revered, mystical figure in society.

Throughout pagan history, across many cultures, the blacksmith has been seen as a powerful wielder of magic. Blacksmiths harnessed the awesome energy of fire and with it were able to shape the very elements of our Earth. This skill was seen as divinely granted by many societies. Placing ironmongers and blacksmiths in a revered position where they held rankings at a similar level as druids and even kings.

Having a blacksmith in a community or village meant wealth and prosperity for its members. Thanks to the skills of the smith they would have tools for cultivating the land, household objects, weapons for defending themselves, even the ability to create items for medical care.

Since the blacksmith is seen as such an elemental power icon in history, it is no wonder that even the “dirt and dust” created by the smith in their forge was believed to hold incredible powers.

Gods of the Forge

So why would blacksmith dirt or anvil dust become such a coveted item? It begins with the gods.

Throughout history there have been a number of pagan forge gods. Here are just a few.

Perhaps the most famous forge god is Hephaestus, a member of the Hellenistic pantheon. The son of Hera and Zeus, king and queen of the Greek gods, Hephaestus was the smith of the gods. Forging their weapons and tools to serve in their divine roles.

The Romans knew Hephaestus as Vulcan.

In Celtic tradition, the Celtic god Goibniu, is the ‘divine smith of the Túatha Dé Danann, creator of weapons’.

Brigid (Brigit) is a powerful Celtic forge goddess. The Celts believed the blacksmith craft was divinely inspired, and therefore the blacksmith was to be revered for their skills. Through Brigid, they honoured an important connection between the blacksmith and the fili, a class of poet and seer thought to have supernatural powers. Brigid is a Gaelic goddess of poetry, smithcraft and healing. For centuries, the priestesses of Brigid were charged with the tending of a sacred, eternal flame, just as a blacksmith must tend his flames in the forge.

Side note on the power of blacksmith quench water: Brigid was associated with several wells across Ireland. These wells were deemed holy and to possess healing powers. This connection might have influenced beliefs in the healing powers of the blacksmith’s quench water. Quench water is infused with iron and heated to high temperatures sterilizing it. It was often used for its perceived healing properties. NOTE: NEVER DRINK QUENCH BUCKET WATER! Save that for the history books.

These are just a few of the gods associated with the forge and blacksmiths. There are many more across many cultures.

How to use Anvil Dust?

OK, so now we know the history of Anvil Dust, and why it has been seen as magical for so many centuries, how do we use this stuff?

There are actually many uses for Blacksmith Dirt.

Mars and the Warrior Energies

Iron is traditionally the metal of the warrior. Use Anvil Dust when you want to invoke your inner warrior and strength. This does not always need to be an offensive use, it also has strong protective (defensive) qualities. A true warrior knows when to hold back and be powerful within their strength, it is not always the time to charge headlong into battle. Working with Anvil Dust can aide you in tapping into that warrior fortitude and wisdom when dealing with situations.

So now we know so much about Anvil Dust, what do you actually DO with it?

Well it all depends. Here are a few applications.

This is not an exhaustive list. It can be used in so many ways. Here I have provided a sampling of ways you can get started using blacksmith dirt in your own practice.

This is a simple ritual you can do to invoke the energies of Mars.

Take a candle, I like to use pure, natural beeswax, or you can use a red candle if you prefer to work with coloured candles in your rituals.

Take a blacksmith nail or forged scribe, and carve the symbol of Mars onto the candle. This is a circle with an arrow pointing off to the right (the typical male symbol).

If required, warm the candle to just start to soften the wax. You only need to do this if your candles are harder or you live in a colder climate. This can be done a few different ways. If I am feeling traditional, I will hold it well above a flame and turn it until the candle warms a bit. My modern witchy way is to simply use a hair dryer. You simply want to warm and soften the wax a bit. You do not want the wax to melt!

Once softened, roll the candle in Anvil Dust to coat it.

If you don’t want to warm the whole candle and roll it, you can skip the whole warming step and simply sprinkle the top of the candle with Anvil Dust.

If you feel drawn to do so, anoint the candle with a protective oil blend of your choosing.

Ground yourself with three deep breaths, feeling yourself drawing down. Then light the candle.

Meditate on the flame as the candle burns, asking for divine guidance on how best to navigate your situation, or how to use your willpower for positive change. Close your eyes, opening your heart, mind and spirit to messages from the divine.

When you are finished, give thanks for the divine guidance and gifts granted to you.

Where to Buy Anvil Dust

If you are ready to add some anvil dust to your ritual and magical practices, you can find high quality offerings at our forge, Daelen Forge.

We only collect the dust when we are doing intentional, ritual forgings. Such as when we are forging wands, altar bowls, athames and other ritual tools. As part of our ritual forgings we quench in quartz infused moon waters, which also provides its own special energies to our anvil dust.

We carefully clean and prepare all anvil dust before packaging it, to ensure you get only the best quality. 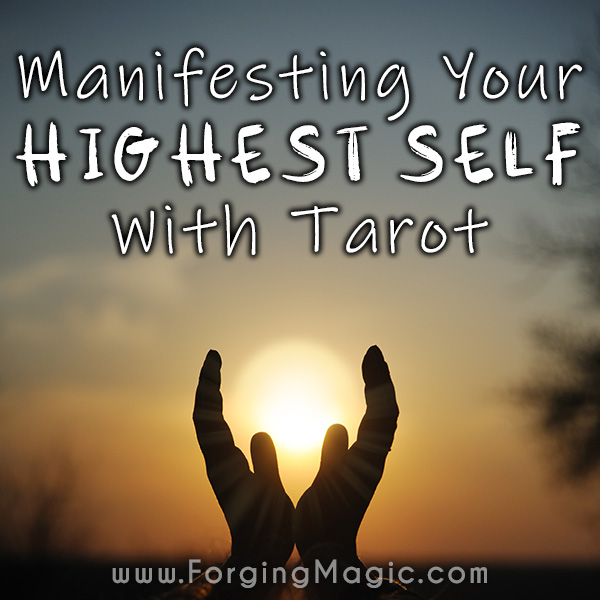 Learn how to manifest your highest self, find happiness, and achieve a sense of fulfillment and purpose using tarot and oracle cards. 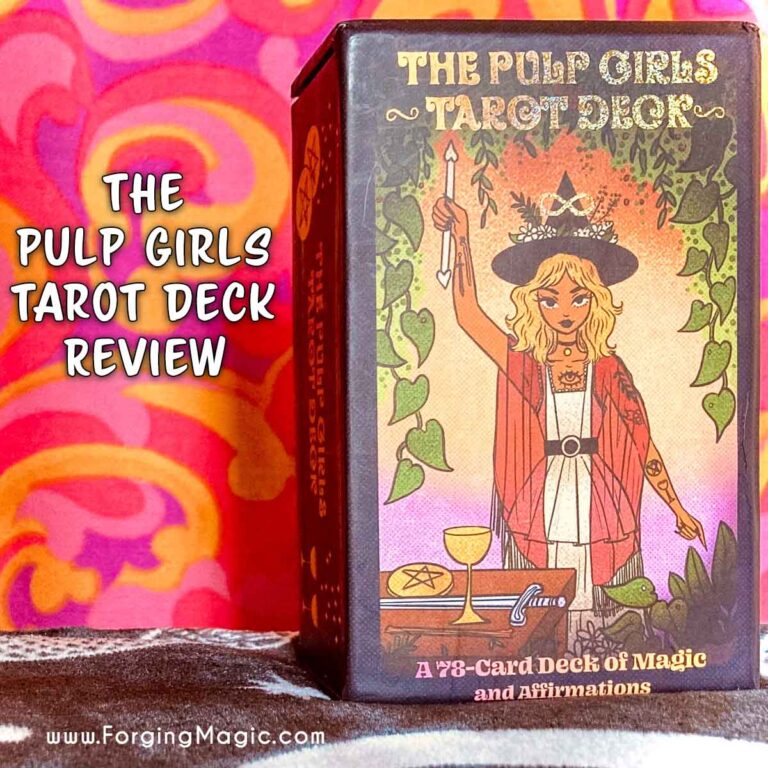 Discover the new Pulp Girls Tarot Deck and get into the groove of this fun, magical, witty, diverse, colourful, and inclusive tarot deck. 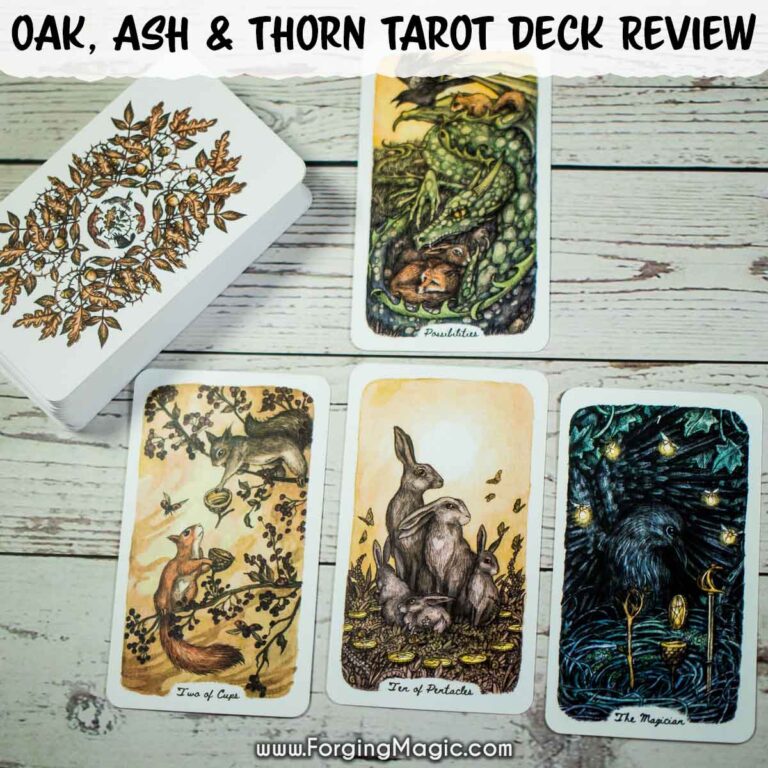 A detailed review of the Oak, Ash & Thorn Tarot deck. Whimsical art with magical woodland creatures features in both major and minor arcana. 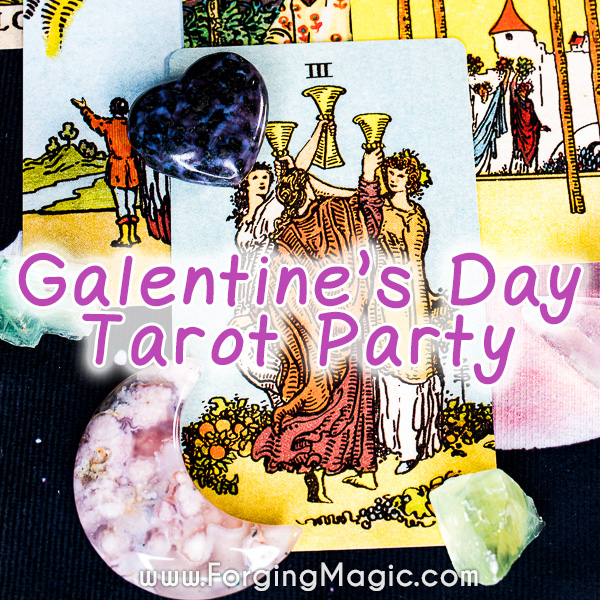 Galentine’s Day is a day to celebrate friendship! And what a better way to share the love than with a special tarot party with true friends. 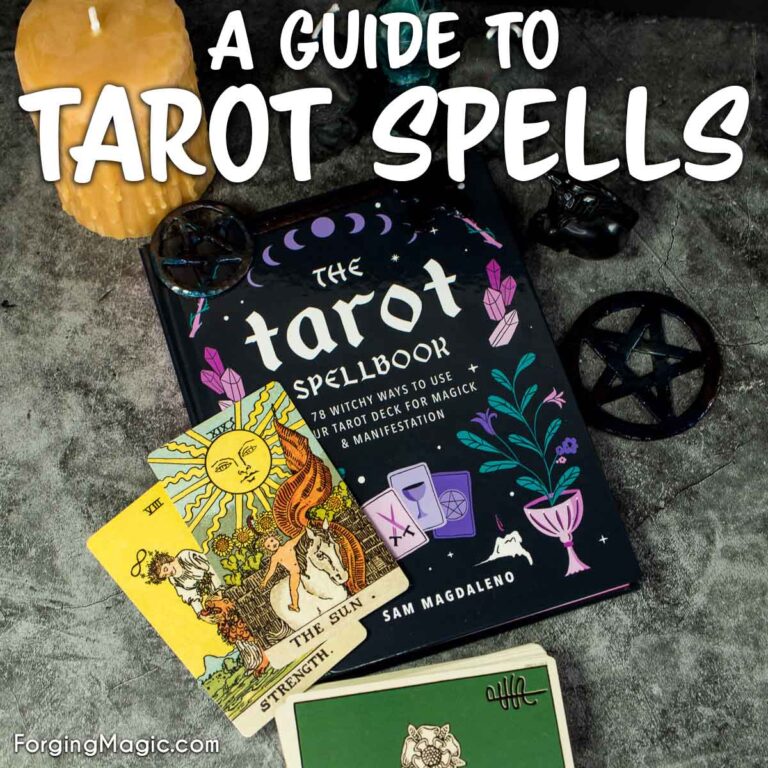 Discover the power of Tarot Spells including how to do a simple tarot spell, plus a review of The Tarot Spellbook by Sam Magdaleo. 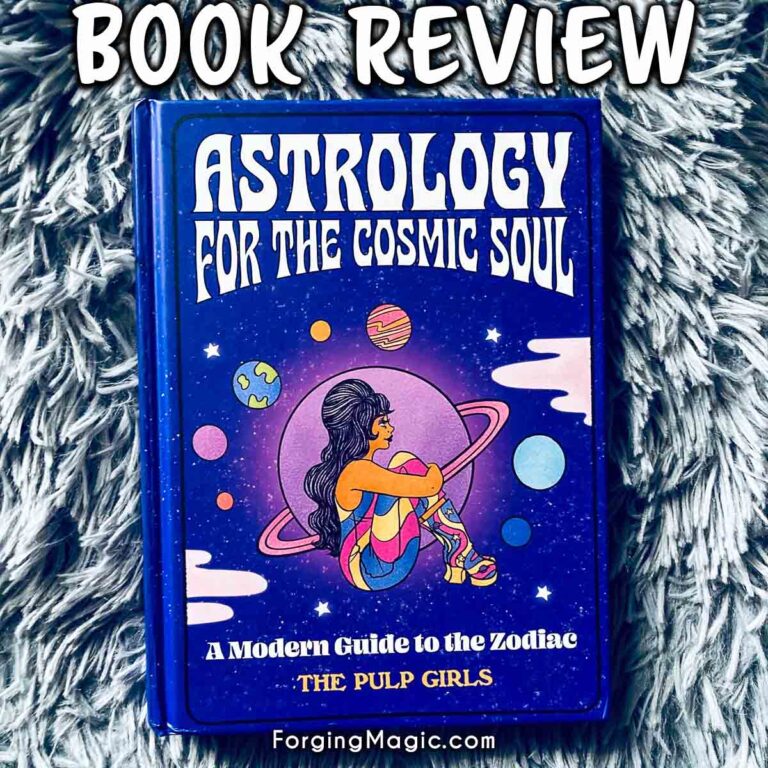 Explore astrology and your zodiac sign with the modern wit and style of The Pulp Girls in this bright, fun, artsy and inclusive new book.